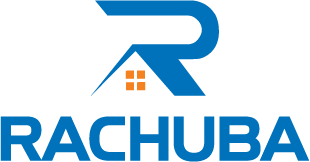 Rachuba’s history goes back three generations. In the early 1950s, Ralph DeChiaro moved from Long Island, New York to Baltimore, Maryland because he saw potential on the East Side of Baltimore for the Greatest Generation as they built their lives after World War II. Ralph developed a powerful real estate company. His work included land development for thousands of homes, apartment communities, office buildings and shopping centers.

In 1970 Ralph asked his son-in-law, Larry Rachuba, to join the business. Together they created the DeChiaro-Rachuba Group and continued to grow their real estate company. They are best known for the work they did around Towson, Maryland, including the TowsonTown Center. As a result, Larry was named a “Baron of the Beltway” in the 1980s. In addition to building and developing, they added property management to their real estate business. As Ralph slowed down in his work, Larry was continuing to grow. Larry created Rachuba Enterprises which allowed him to continue his real estate career.

Today, Rachuba Enterprises is now Rachuba, a name that—with three generations of industry leadership and success behind it—is strong enough to stand on its own. Chris, Theresa, and Ray continue to lead Rachuba while honoring their father and grandfather’s vision for quality, integrity, and commitment to our clients and our community.